A Venture Capital Perspective on Emerging Technology with Eclipse Ventures

Hardware and semiconductor startups take an increasing amount of venture capital investments, but where are these investments going and what are the disruptive technologies of the future?

For this meetup, we’re honored to host Kushagra Vaid, Partner at Eclipse Ventures. Kushagra will dive into current market trends and investment themes, providing insights into various hardware categories where venture dollars are being allocated. He will discuss key emerging technologies that are poised to disrupt the status quo, driving new future computing models from the cloud through the edge.

About Kushagra
Throughout his career, Kushagra has been an influential change agent driving innovative new technologies from early concept to scale production. Previously, as VP and Distinguished Engineer in Microsoft’s Azure Division, Kushagra was responsible for the vision, strategy, and architecture for the cloud-datacenter infrastructure that hosts Azure’s global scale services. He played a pivotal role in Microsoft’s success as a leading hyperscale public-cloud operator and remains a recognized industry leader on infrastructure innovation and open-source hardware. Kushagra represented Microsoft on the Open Compute Project Board of Directors and is a strategic advisor to the Global Semiconductor Alliance.

Prior to joining Microsoft in 2007, Kushagra was a Principal Engineer at Intel, where his responsibilities included technology strategy, architecture, and design for Intel’s enterprise and cloud platforms. He has published over 25 research papers in international conferences and holds more than 30 patents in computer architecture and systems design.

Kushagra is also on the industry advisory board for the Computer Science Department at SUNY Binghamton, from where he earned his MS. In his free time, Kushagra enjoys photography, traveling, and baking artisan bread.

About Eclipse Ventures
Eclipse Ventures is an early through late-stage venture capital firm investing in manufacturing, logistics and supply chain, transportation, construction, healthcare, and other modern industries like advanced compute, cyber-defense, and energy and electrification. 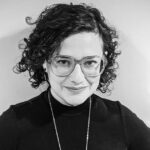